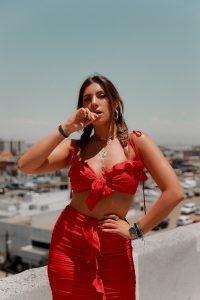 Red alert! This week’s The Creative Closeup features the one and only London, aka @london_ellis, and now we have one more thing to thank the UK for!

London shared with us her unique experience as a content creator, her constant work ethic, and what her mission statement would be (hint: it’s amazing). She sings, she has incredible fashion sense, she eats the yummiest food, and boy are we glad she likes sharing it with us on the gram! She also maaaaaay have let the name of the TV show she was on in the UK slip. Read on to learn this and more about the extremely talented British beauty.