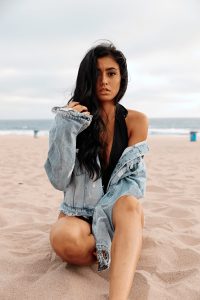 You might want to save this week’s The Creative Closeup so that one day you can use it as evidence when you’re telling all your friends that you knew of Yasmeen (@yasmeenx)  waaaay before she was topping the Billboard lists ten weeks straight.

Yasmeen spoke with us about the challenges she has faced entering the music industry, how her Instagram has helped promote her career, and the endless grind it takes to reach the golden success at the top. She’s keeping it 100% real and is heading straight to the top of our Artists to Watch list. Keep reading for more industry insider details from  TheCreative Closeupinterview with Yasmeen!