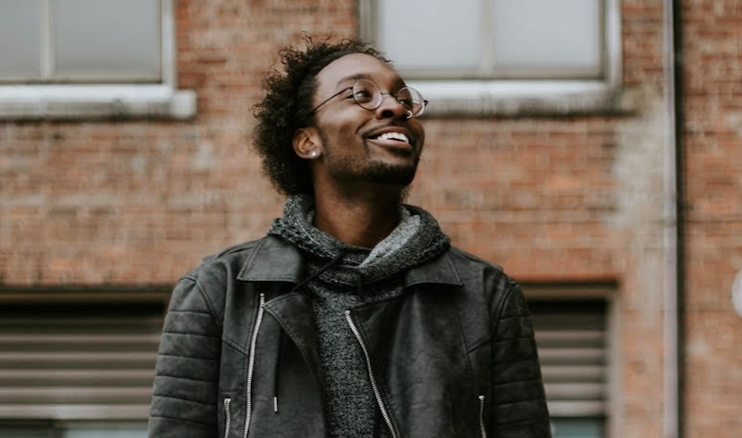 Although most college students would consider themselves multitaskers, there’s few as committed to their craft as Plugger and fashion expert, Charming Kennedy. Currently a visual merchandiser for Target, he hopes to build his modeling career and influencer account progressively throughout his time at Bradley University. When asked about his the way he manages his time amongst his plethora of activities, he replied, “Honestly it does get kind of hard, especially being that I am not a big fan of the two sides of my life crossing. My education comes first, but because of influencing I found my true passion. They are both pretty much full time jobs, and I plan to succeed in them both. At times it gets hard but I know that both will offer amazing opportunities for my future.”

As such, Charming acknowledges and is grateful to his platform for connecting him the many people and opportunities he’s been fortunate enough to meet. Like most however, there are parts of his life he keeps offline, his family being one of them. He says, “I keep some things personal, and my family’s probably the biggest thing. I come from a big family and we travel and spend so much time with each other and there’s genuine love. My family brings the most love and excitement out of me.” He also attributes his early sense of style to his parents, saying “I always had a pretty good style because of my parents, but I never really stepped into the fashion interest until I got to college and really started to realize my interest. I actually wanted to start a magazine and that’s where I learned fashion was my calling.” 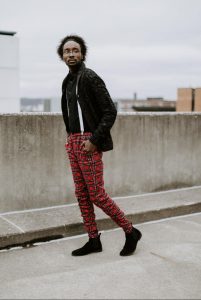 His now 7k+ on social media has encouraged him to take on the world of Youtube as well, saying that his main goal for his channel is for it to be largely about him and his fashion, with occasional vlogging as well. Although he’s an expert now, he explains that his platform suffered a major hit after being hacked one year into his content creation. He says, “My biggest accomplishment came from my most drastic downfall. My social media was hacked and I lost my Instagram and Facebook [accounts]. I had given up the idea of being an influencer because it was almost a year of me building my platform gone. I couldn’t believe it. But Rue21 still had my back, and so did my family, friends, and followers. So I rebuilt my Instagram and it is bigger, better, and more successful than my last one ever was.” Talk about rising from the ashes!

As an obvious expert example of how to manage a career on social media, we couldn’t help but ask him what advice, if any, he’d give to someone starting out in either the fashion or influencer industry. This is how he replied: “Be true to yourself, don’t try to build yourself off of what you see others doing or wearing. Be genuine, be true, and don’t settle for anything less than what you deserve. Don’t compromise yourself for followers, money, or products.” 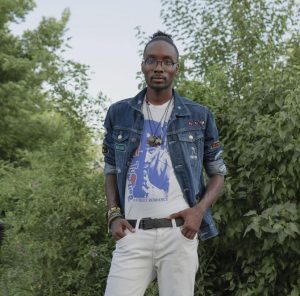 Since taking to social media to showcase his love for fashion, Charming has accomplished some pretty big things. When asked about his experience as a Rue 21 brand ambassador, he said, “Rue21 was kind of my big break. I still can’t believe I’m lucky enough to work with such an amazing company. They were the first brand to take an interest in me ,and a chance on me, and I’ll always be grateful for that. I’m given certain clothing items and in return I take amazing pictures in the clothes, putting them together however I like, and once approved by the company I am allowed to post them. However, they also have the rights to those photos so I’ve been lucky enough to see my picture with their ads and all over their social media.”

When asked what his favorite thing about the relationship was, he replied, “What I truly love about the collab is how one-on-one they are when it comes to communication. I never have to worry about if I’m just an asset or if they are interested in my platform. They continue to sign me [on for] collab after collab and I’m so grateful for it.” Although Charming  has an obvious soft spot for Rue 21’s closet, his love for accessible fashion doesn’t stop here — he enjoys brands like H&M as well, and appreciates the completely different looks and vibes he can get from them. While his favorite store isn’t as easy to pick, he was quickly able to identify his favorite features of The Plug, saying, “I love being able to share what I’ve learned with other influencers, but most of all I love the genuine interest The Plug takes in the influencers and the opportunities that are offered to us. I enjoy using the site because I know the content I see will be of some help, I know the collabs I see will be genuine, and you all are there to actually answer questions.” 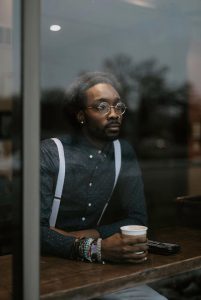 Charming’s inspiration for the fashion he so clearly excels at comes from a face we all know and love: Jayden Smith. Charming explains that this inspiration is “because Jayden’s not bound by societal norms or expectations of what male fashion and attire means. He wears what he wants, how he wants, and has no shame, and I want that to be me.” He tries to channel this open mindset into his fashion sense as well, saying “I’m not accepting the stereotypes nor allowing society to put me in a box. My style is just that….MINE. Everything I choose, I choose because I think I look great in it. I decided a while back that if I was going to do this I was going to go all in. Doesn’t matter what I’m criticized on. I want to be true to myself and my followers when it comes to my choices in fashion.” Charming’s career, especially when it’s not bound by the typical restraints of fashion, shows no signs of slowing down. His upcoming goals are a BTS project with Rue 21, as well as launching a new Youtube series to show his followers a different side of himself. When asked where he sees himself in 10 years, he responded, “In 10 years I see myself having the modeling/influencing career I’ve always wanted, and being free to travel and use my experience and life to allow my experiences to grow. I see myself happy doing what I love, not worrying about the small things.” 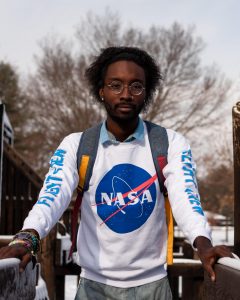